Boron is mainly absorbed by plants as undissociated boric acid B(OH)3, but also as borate ion B(OH)4-. In nature, boron is released by withering rock minerals like glimmer or tourmaline, among others. Acidic rocks like granite are poor in boron, whereas the boron concentration is seawater is very high (approx. 5 mg/l). In freshwater bodies, the boron concentrations are mostly under 0.1 to 0.5 mg/l. 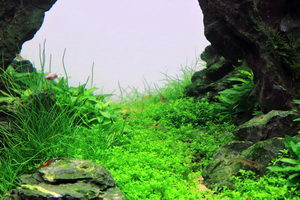 The importance of boron for plants has been known since the 1930s, and many effects of boron deficiencies have been described, many of them species-specific, e.g. deformations, chloroses and necroses of the leaves and dying-off shoot and root tips. However, its specific functions in the plant organism are still partially in the dark. In useful plants, boron deficits are often observed, especially during dryness in combination with strong growth in the summer (e.g. heart and dry rot in sugar beets). Terrestrial plants also have a problem with boron uptake when the pH of the soil is above 7 and if the soils has a high content of iron and aluminium hydroxides. How much boron plants need for optimum growth varies from species to species. Dioctyledons require more boron than monoctyledons, among them especially the true grasses.

In contrast to many other nutritive elements, boron is not a part of any enzymes. The most boron in a plant is bound in the cell walls, amongst others in compounds stabilising the cell wall. 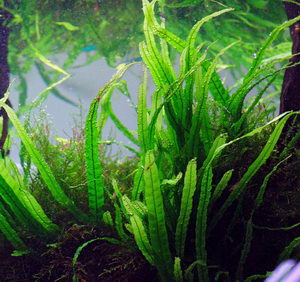 An important function of this element is the transport of sugar to the growth zones (meristematic tissues) on the shoot and root tips. The transport of sugar probably also explains the role boron plays in various metabolistic processes like cell partition and differentiation, photosynthesis, the metabolism of nitrogen, phosphorus, hormones and fats, the active absorption of salts, the functionality of the cell membranes as well as the fertilization of the female ovules in the flowers (pollen tube growth). It is also important for the production of starch, from which in turn cellulose is formed, an important material for the formation of the cell walls. Moreover, boron plays a role in the enzymatic reduction of iron to a form that can be used by the plants inside their roots. A boron deficiency leads to a reduced uptake of iron and other nutrients like magnesium, calcium, potassium and phosphate, which has many secondary effects on plant growth.

There are plant species in which boron is an immobile nutrient, and boron deficiency symptoms show in the growing areas of the plant. Other plants can transport boron in their phloem (vascular tissue for assimilates) to their growing zones, and the boron content in their hardened-off leaves reduces when there is a general boron deficiency.

Terrestrial plants can absorb boron very quickly when fertilized over their leaves, the same may be assumed for submerged waterplants.