Focal Point in an Aquascape

When we look at an aquarium we need a focal point that stands out and catches the eye. If there is no focal point, more often than not the design looks dull and uninteresting. An eyecatcher may consist of plants of a contrasting colour, or interesting driftwood, or large rocks. A focal point is a dominant element in a tank layout and thus has to be selected and placed with great care. For the same reason, we ought to have just one primary focal point ? if the tank is very large, more might be possible, though, to guide the viewer along the layout. 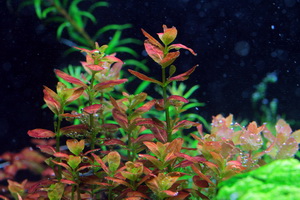 If you decide on several focal points in your aquarium, make sure that they are balanced.

A dominant red group of plants for example catches the eye of the viewer, and at the same time this design is rounded off by a second group of reddish plants, which adds a sense of harmony. Both groups complement each other and take some of the tension out of the composition.

If you want to achieve this effect, divide the tank layout in two areas. The first area comprises the first third of the aquarium, and the second one the remaining two thirds. Place the dominant group of red plants, the focal point of your design, in the second area (the larger one), and put the supplementary reddish plant group in the first third. As a rule, the supplementary group of plants should be a little less prominent than the primary group of red plants. 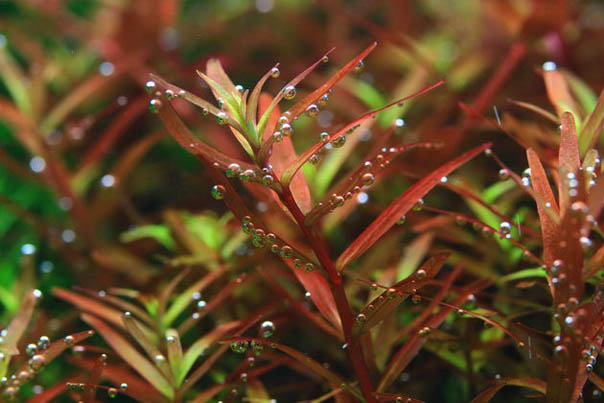