When we talk about chlorine as plant nutrient, we do not mean the poisonous chloric acid also known under that name (Cl2), but the chloride ion Cl-. It is known as a component of table salt (NaCl), but it also forms salts with other metallic ions, like e.g. potassium chloride, KCl. 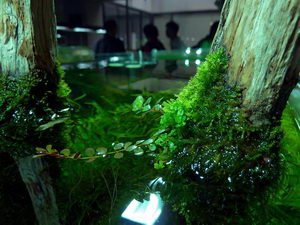 Chloride is essential for plants, but only in trace amounts, which makes it a micronutrient, however, some plants contain it in large quantities. The soils and water in coastal or dry areas often contain a high amount of chloride (caused by salting of soil). Plants adapted to salt (halophytes) tolerate concentrations of over 0.5 percent by weight of table salt in the ground water. Various freshwater plants, among them the European Myriophyllum and Potamogeton species as well as several aquarium plant species can grow in brackish water with a salinity of 0.1 to 1%.

Chloride is easily taken up and very mobile within the plant. It is not used in any organic structures and is only found as free chloride ion inside the plant. Like potassium it is important for osmoregulation (regulation of the internal cellular pressure, opening and closing of the stomata) and for electric charge equalisation. Inside the plant cell, chloride serves to maintain different pH values in the cell plasma (above 7) and the cell sap inside the vacuole (significantly below 7). In order to do so, negatively charged chloride ions are pumped into the vacuole together with positively charged protons (H+). Moreover, Cl- is a co-faktor for various enzymes, like e.g. the manganese enzyme in the chloroplasts (splitting of water and oxygen release during photosynthesis) and asparagine synthetase (formation of the amino acid asparagin).

In general, there is enough chloride in tap water to provide the plants in an aquarium with the amounts they need. Moreover, it can also be added with fertilizers like potassium chloride. 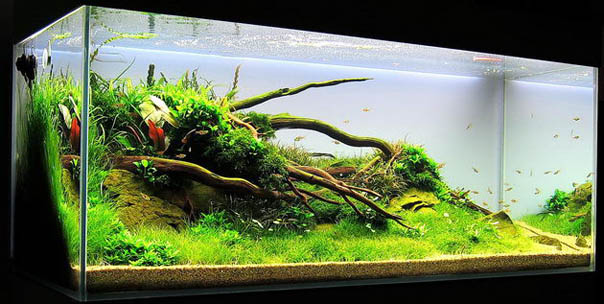